IS DISTRICT HEATING SUITABLE FOR MY AREA?

The high-level feasibility for developing district heating within an area is normally determined by the heat density of that area, which is usually measured in TJ/km².

According to Danish municipalities, areas with a heat density greater than 150 TJ/km² are deemed technically and economically suitable for developing traditional district heating systems. 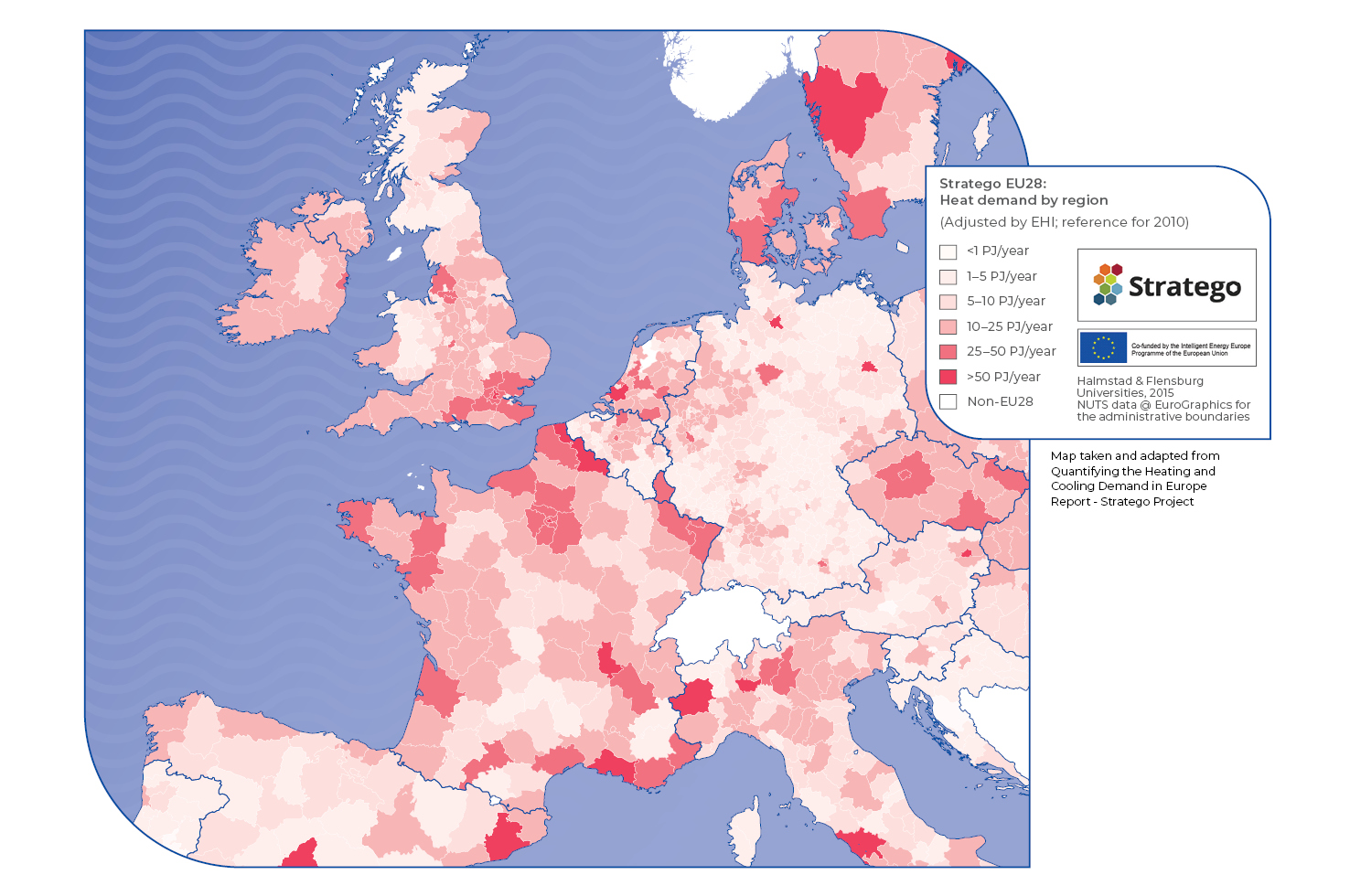 The heat density is particularly important to the system’s economic viability, as it becomes cheaper to implement when buildings are closer together (due to shorter pipe lengths), resulting in lower up-front investment costs and increased cost-effectiveness when compared to individual heating systems. These shorter pipelines also result in lower heat losses and reduced pumping, which reduces the operational costs of the network.

Therefore, district heating is particularly suited to dense urban areas, such as large cities and towns, which typically have the supply (i.e. an abundance of heat sources) and demand (i.e. a strong customer base) to make a network viable. 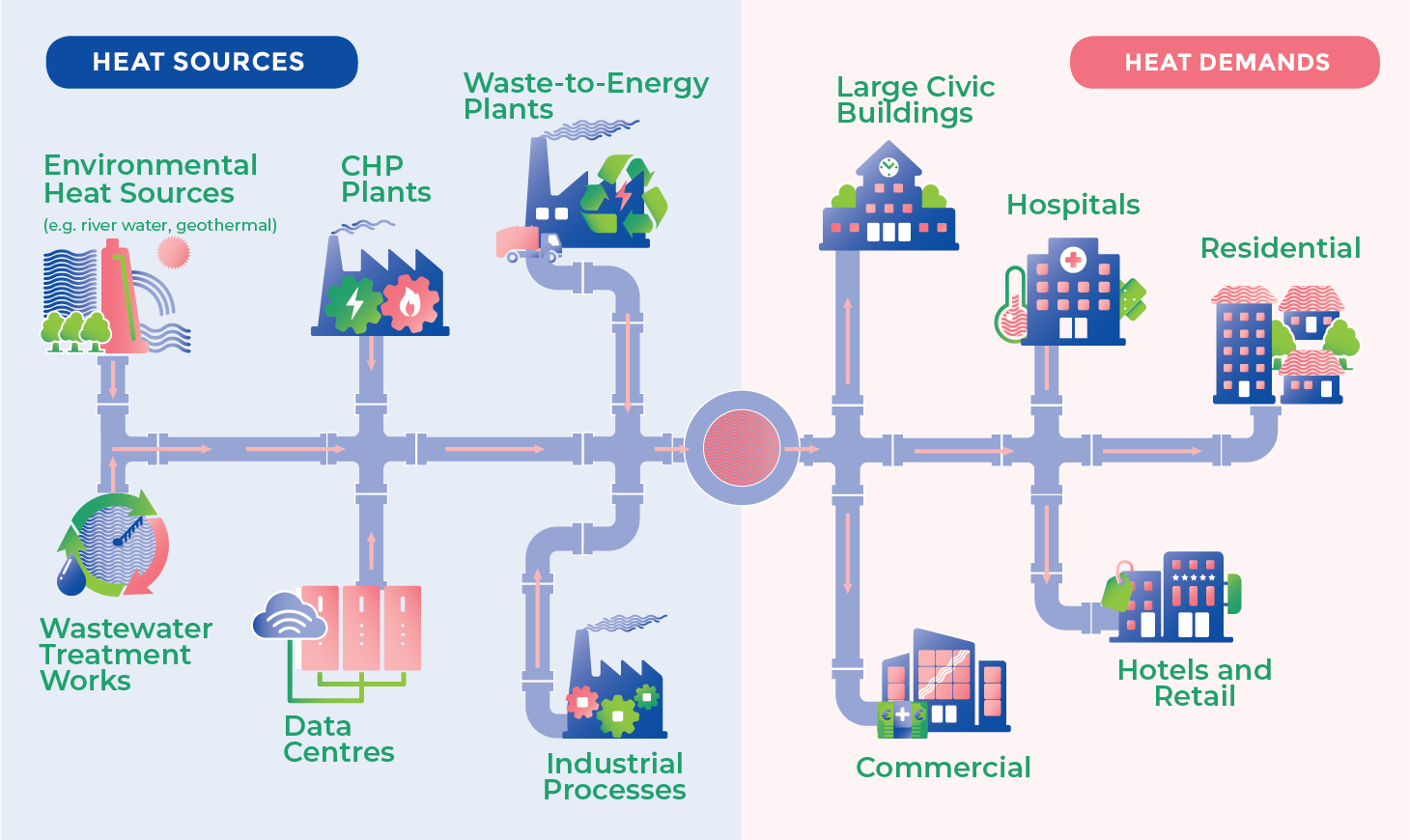 Many public buildings are ideal for district heating as they have long operating hours with large space heating and hot water demands. Public sector tenants can also bring more security to a district heating system in terms of connection and payment reliability.

To guide public sector organisations in assessing the feasibility of district heating systems in their region, we have developed six Transition Roadmaps, which outline the experiences of our pilot partners in developing six district heating pilots across North-West Europe, in France, the Netherlands, Ireland, the UK and Belgium. These Roadmaps cover areas such as the roles and responsibilities of stakeholders, regulation and policies, spatial planning, business models and viability, and connection to finance and markets.

Decide which cookies you want to allow. You can change these settings at any time. However, this can result in some functions no longer being available. For information on deleting the cookies, please consult your browser’s help function. Learn more about the cookies we use.

With the slider, you can enable or disable different types of cookies: